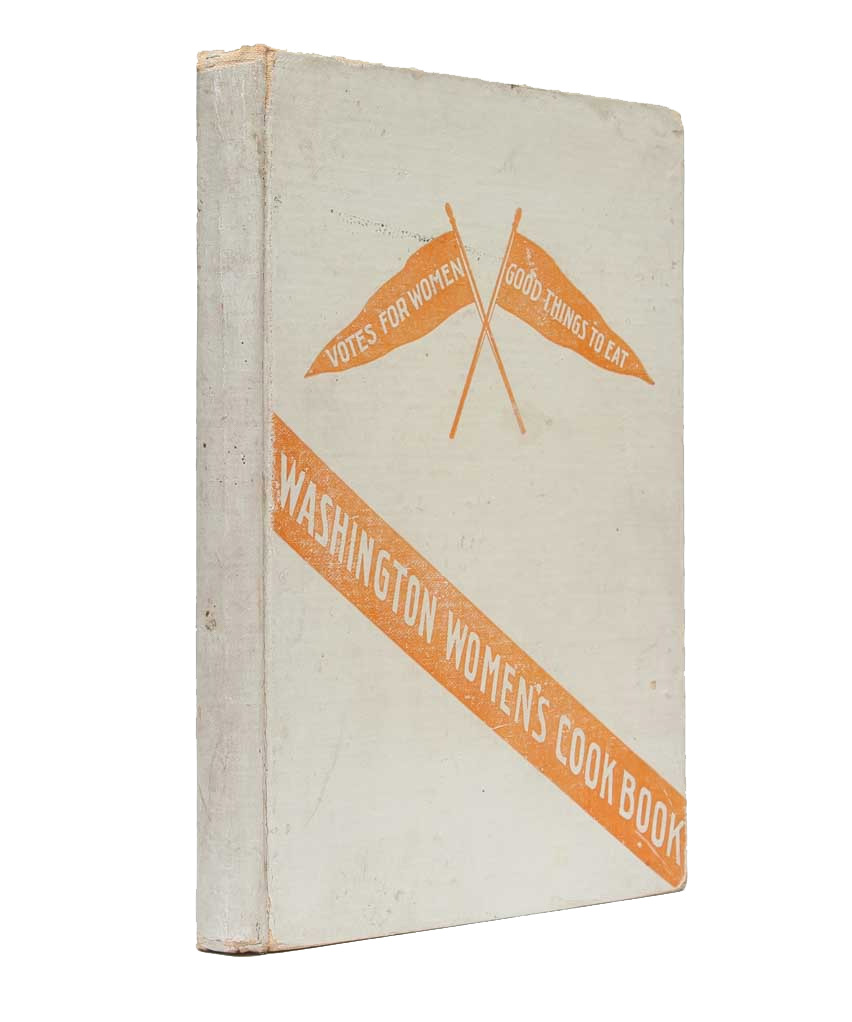 Historical culinary texts offer us ample opportunities for exploring the world of food and drink. But they also contain additional information,  teach us how to do more than prepare a delicious coq au vin or pair the right wines with the right oysters. When we delve into the material production and historical content of these rare books, and when we study the signs of use left behind on them, we tap into much deeper human narratives. As MFK Fisher put it in The Gastronomical Me, “Our three basic needs, for food and security and love, are so mixed and mingled and entwined that we cannot straightly think of one without the others.”

Culinary texts—manuscripts or printed books that deal with the sourcing, creation, or serving of food and beverages—are a diverse lot. Within our own inventory, our holdings run the gamut from 18th century manuals on cookery and housekeeping, to 19th century manuscripts containing cake, cosmetic and perfume receipts, to post WWII cocktail guides. We’ve even been fortunate enough to find exceptionally nice first editions of that most iconic reference tome, Mastering the Art of French Cooking.  Some of these were titles we regularly held by WRB before the expansion of our department in women’s studies; others have only become part of our searches recently, as we try to grow and diversify the important works we include to represent women’s lives and work.

For someone talented in the kitchen, these books are interesting for the recipes they contain and the chance to think about how the preparation of particular dishes has changed over time. These are questions that connect to an even larger matrix that extends beyond the practice of cooking. As Fisher suggests, the need for food is tied to so much more. Historical and rare cook books give us a line to researching supply chain and production, regional and class access to specific materials, family traditions, and political and educational engagement that marked women’s lives. After all, these books allow us to “step into the kitchens of the past…you gain the unique capacity for exploring the daily lives of people – not the Vanderbilts or the Washingtons...but the Smiths and the Browns, and the millions of unrecorded women who had little attention paid to them, except in their roles as mothers, wives, and cooks” (Barile). 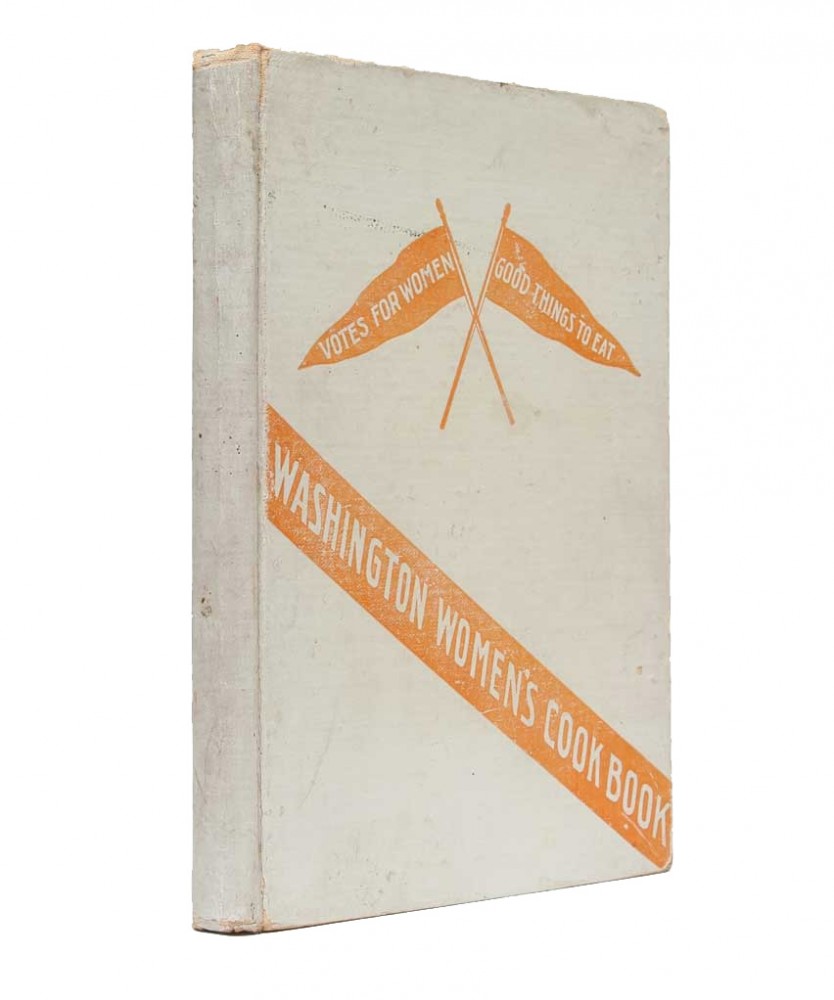 Community-created cookbooks offer a fascinating site for such exploration, and for understanding how women’s domestic work extended far beyond the home to shape local, national, and international communities. As opposed to individually authored cookbooks, community cookery were produced by women’s groups with the goal of fundraising or spreading awareness about a particular cause.  In the case of the Washington Women’s Cook Book of 1909, for example, the Washington Women’s Suffrage Organization produced a culinary text that could raise funds to lobby for the 19th Amendment and that could assist women in persuading Congressional representatives, husbands, and other men in their lives to vote for women’s suffrage. With recipes drawn from their own families, the group designed the cookbook with a section at the rear where owners could engage with the book by writing in their own dishes. They also included essays from prominent suffrage leaders at the start of each chapter to inform women about ongoing advocacy for equality and on how to contact state representatives.

In 1910, Washington did in fact become the first state in the 20th century to ratify the 19th Amendment—suggesting that this strategy had some impact. When we look closely at the book, beyond the recipes themselves, we can see that the book’s success was in large part due to its subtle coding.   With an exterior sporting the recognizable National Woman Suffrage Association yellow, and featuring crossed pennants emblazoned “Votes for Women” and “Good Things to Eat,” the group connected women’s rights with women’s ability to do their jobs well at home.  Alongside this, they sought to alleviate the anxieties of men by suggesting that Votes for Women would not necessarily overthrow the household order by drawing women fully outside the home.  Women want to vote, they insinuate, but they also want to feed their families. The interior of the book also sent key messages. By selling a text with community-sourced recipes, and by encouraging the women who purchased the text to contribute their own recipes to the rear blanks, the organization expressed that women’s success in all arenas relied on their collaboration. The women’s movement could only succeed if all women contributed as a community. The essays and news reports on civil rights, mixed as they are with recipes on bread and soup, provide nourishment to activists and convey that women’s domestic work is always entangled with the politics of the outside world rather than being separate from it.  Yet because these activist messages were also blended into a cookery, they could provide cover for women whose husbands or families might frown on them reading the same essays in a more inflammatory publication like Susan B. Anthony’s newspaper The Revolution or Elizabeth Cady Stanton’s book The Woman’s Bible.  Within this seemingly simple cookbook, the domestic and the political arenas entangle, undercut, and reinforce one another.  Cookery both subverts and supports traditional gender roles, smoothing the path towards equality. 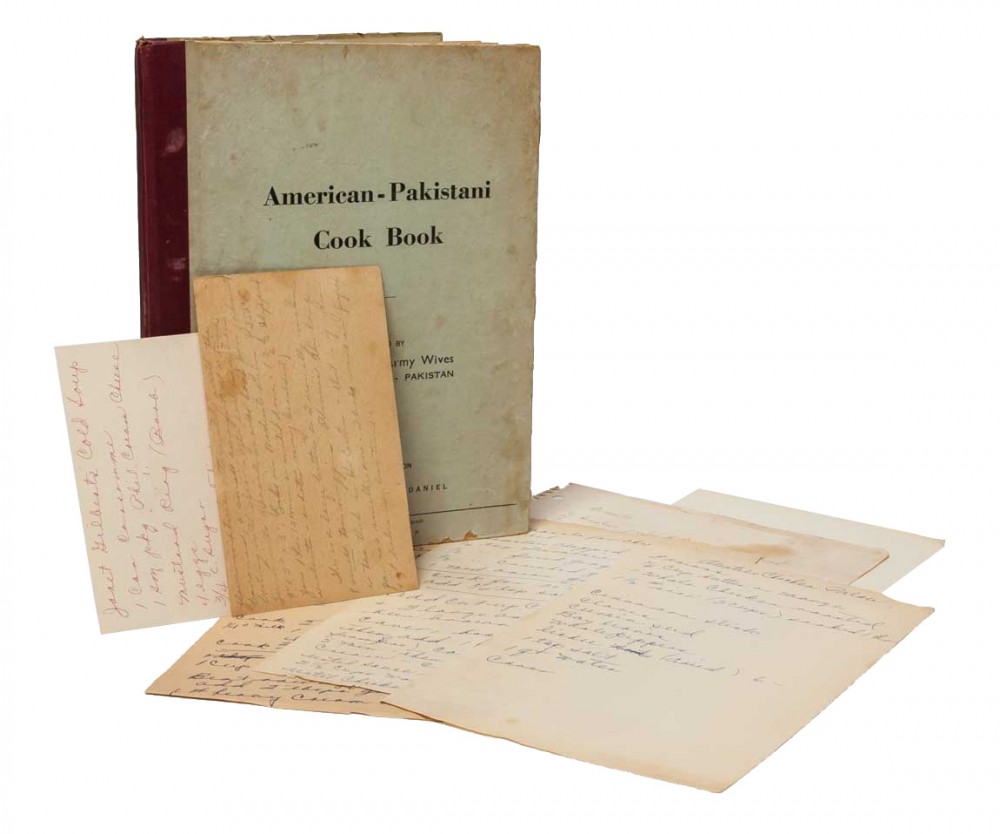 Community cookeries also functioned in an international context. Produced during the early years of Pakistan's independence, the American-Pakistani Cook Book is an important example of a culinary text that played a role in global affairs. Indeed, it was aimed at encouraging cultural alliances in the Punjabi region prior to the rise of military dictatorship of Ayub Khan in 1958. For the US it was of critical importance to strengthen Pakistan's relationship to the democratic west rather than the Communist regimes of Russia and the east.  With a mixture of traditional American and Pakistani dishes, and with clear instructions in both English and Urdu, the book’s authors ensured that both wives of US soldiers and local women could develop common ground.  For American women, the cook book "provides a compilation of recipes whose ingredients are readily available in the local markets," so that kitchens are easier to manage while for local women it provides "Urdu, thereby enabling Pakistani cooks to follow the directions more easily." More importantly, the book aims to help women from both cultures share their traditions and participate in cross-cultural transmission. "Many of the recipes are old family favorites which have appeared in menus for generations. We hope that our friends in Pakistan...will find pleasurable satisfaction in these epicurean delights. Representative Pakistani dishes have also been included." In this instance, the Army Wives producing this text serve as unofficial US diplomats, and their kitchens become sites of public relations; in stark contrast to Russian women, these American women, the book suggests, are democratic in their lifestyles and their politics.  They seem to welcome Pakistani neighbors, flavors, and practices into their homes. 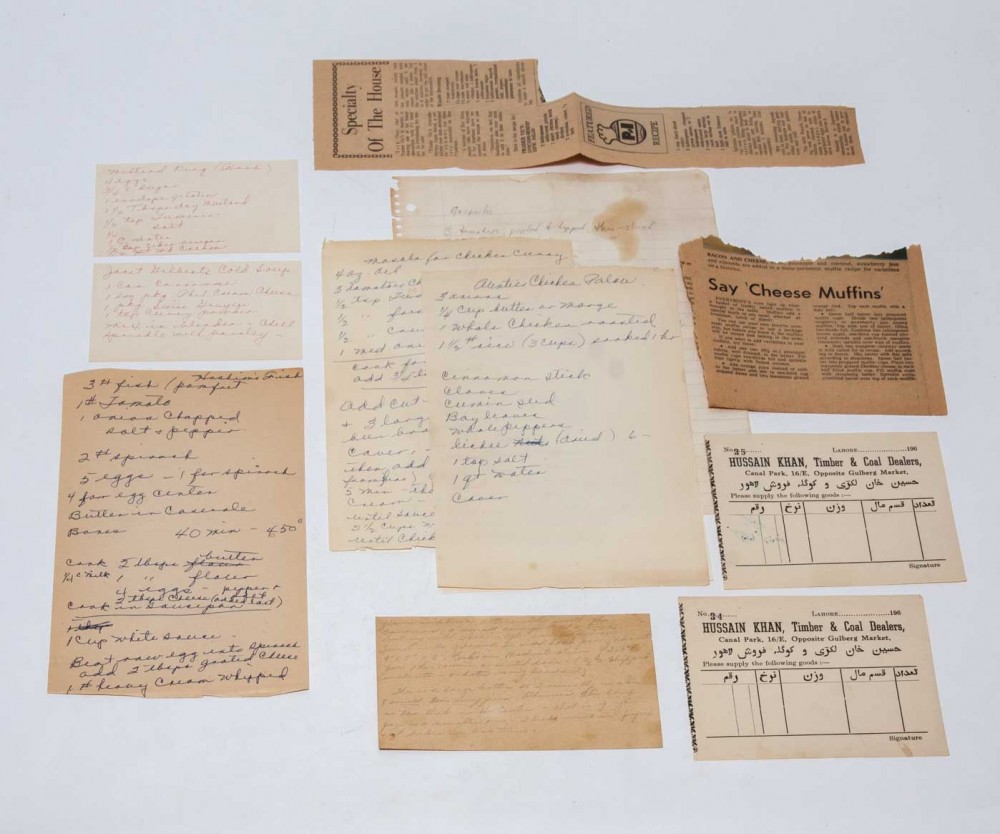 Examples ripe for analysis abound, and the world of culinary texts has been a rewarding one to enter. The questions these books raise about the domestic space as oppressive versus liberating, and the information they provide about a wide range of historical issues makes them important acquisitions for institutions and private collectors alike.

Weiner, Myron. The Politics of Social Transformation in Afghanistan, Iran, and Pakistan. Syracuse: Syracuse UP, 1994.