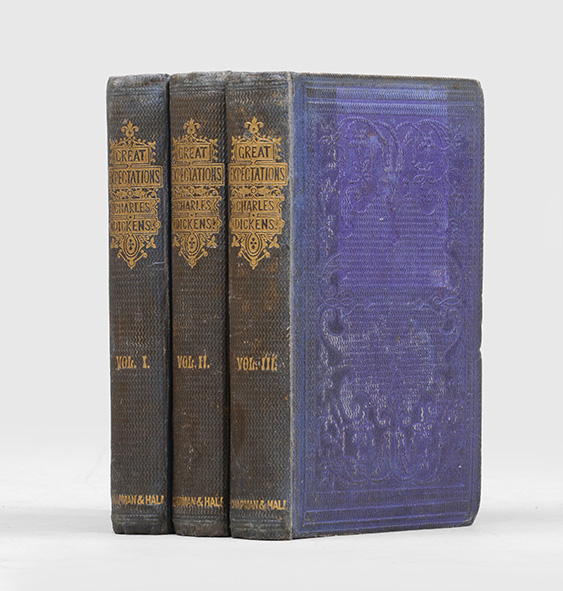 Literary movements are undeniably inter-relational phenomena. Rather than revealing a line of progress, they operate almost like a family tree, showing how multiple generations approach and express human concerns. The Victorians and Modernists are a prime example of this—two generations that looked to each other’s methods with some disdain, and yet shared common interest in the ways that new technologies, globalization, and political conflict affected the very nature of humanness.

At the turn of the century, increases in literacy and the growth of the middle class in America and Europe led to an expansion in the literary market. Authors such as Charles Dickens, William Makepeace Thackeray, and the Bronte sisters rose to the occasion, producing “a wealth of material that is still regarded as canonical” in order to feed the demands of a growing reading public (John). Members of the middle class found themselves depicted as characters critical to plot development; and they saw the concerns shaping their own lives appear in serials and novels. Complex narrative structure and an ultimate moral lesson became hallmarks as writers grappled to balance this rapidly changing class system and shocking new scientific discoveries with sentimentality and their faith in older, more rigid religious structures. “A time of stress and strain, far from being inimical to literature and art, is in the highest degree stimulating, provided the ferment is due to the leaven of great ideas and of ennobling conflicts,” one Victorianist proclaims (Walker). For the Victorians, innovation came from appealing to classical and Renaissance models and adapting them to the current age.

Dickens stands as an exemplar of how colliding interests affected Victorian literary form. The rapidly growing demand for consumable fiction had birthed the serialized novel, sold in parts, which provided writers of his ilk with the motivation and the format to generate lengthy, epic tales with numerous interconnected plotlines. At the same time that the middle class was destabilizing society, emerging scientific ideas like Darwin’s theory of evolution raised questions about the long history of life on earth and humans’ central place within it. “Driven by a deeply held hope that order and purpose were at the base of even the most dismaying of natural phenomena, the Victorians sought for the hidden order that exists within chaotic systems” (Gold). Epic romances adapted to the middle class, like Great Expectations, Oliver Twist, and David Copperfield, thus followed multiple characters across long spans of time, showing the constant overlaps and meaningful intersections of their lives. Ultimately, for good characters, there is a moral and a purpose to what previously seemed convoluted. Pip and Estella return to each other; Oliver finds that the people who loved him were his biological family all along; and David is rewarded with a companionate marriage to the woman who was by his side through everything. Even within newly emerging genres like science fiction, Victorian writers tempered fear of the scientific unknown with moral certainty. H.G. Well’s landmark War of the Worlds infamously introduced the extraterrestrial to Western imagination, using the metaphor of an alien invasion to raise his own questions about evolution. For Wells, embracing new scientific discovery regarding evolution was the best way to shape “a dynamic world of progress” and that also explained Britain’s place “at the forefront of an industrialized and wealthy modern world in which man had tamed nature for his own ends” (Burdett). In this way, Wells packs his moral in at the end as well. Though the Martians could temporarily colonize humanity, man and his knowledge of nature ultimately win the day. 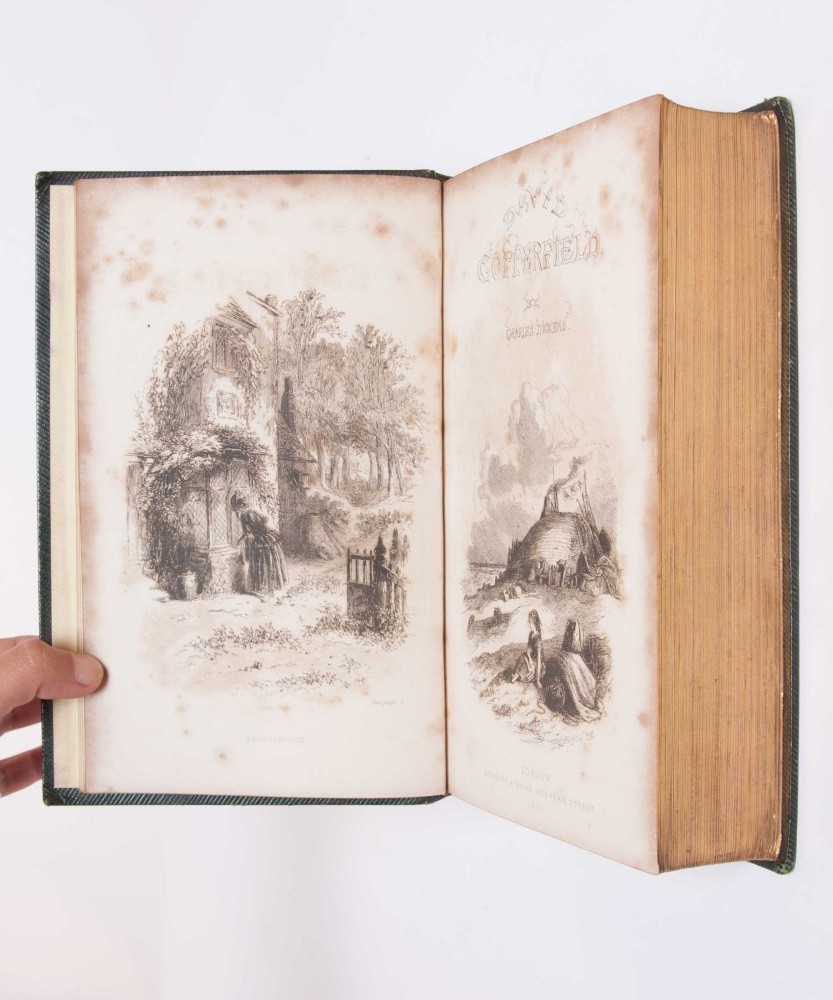 Technology, class, and globalization also shaped the Modernist movement that followed. Having been drawn into the first technological world war in history, the Modernist writers explored the uses and limitations of language in expressing human ideas and emotions. Shunning the complex and romantic language of their Victorian parents, the Modernists also cast off moral certainty much like one would shed a constraining corset. Unrestrained by traditional plot arcs and character studies, writers like Gertrude Stein tackled the long novel, transforming it with a “non-representational use of language” that sought to “create a new and meaningful language, one that could reach the readers’ consciousness in ways that most writing did not…plumb[ing] areas of communication that are as often non-verbal as linguistic” (Wagner-Martin). The free, bawdy and beautiful expression of sexual identity, among the taboos of the Victorians, became key to Stein’s major 1000 page Modernist work The Making of Americans; and rather than clearly tracing the progress of a family over time, her lengthy novel would defiantly suggest the absolute lack of teleology or growth that Victorians craved. Modernism overall was a “literary reaction against the ideals of progress” and an utter rebellion against the “aristocratic ideals of nobility, heroism, and distinction” that Victorians had tried to impose upon the lower classes, and which had wrongfully persuaded a generation to go to war (Graff). Even when more traditional narrative characterized the modern novel, its stance contradicted those of Victorian predecessors. Aldous Huxley’s Brave New World, now a hallmark of the dystopian genre, turned Well’s science fiction on its head; rather than suggesting human mastery through technology, humans are mastered and enslaved through their own laziness and ignorance. For John, Shakespeare’s works are misguiding, and they fail to offer him a solution to his current predicament, living in a society that is cut off from outdated notions of complex human interiority. 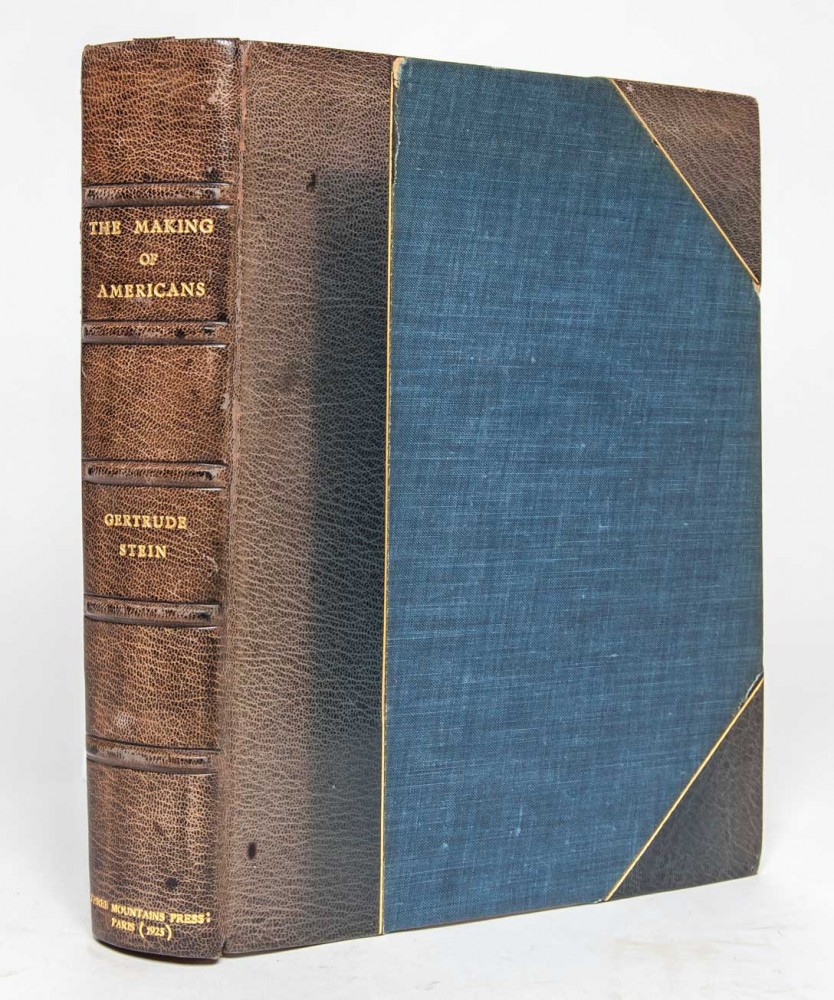 Resistant to their parents’ ideas about writing and the world, Modernist works nonetheless carry the marks of their predecessors. The two movements are relational and intertwined, sharing context even while pushing against each other.  It is no surprise, then, that current readers and collectors often find titles and authors from both periods sitting side by side on their shelves.

Wagner-Martin, Linda. “Stein’s Life and Work.” The Oxford Companion to Women’s Writing in the US. Oxford: OUP, 1995.

Walker, Hugh. The Literature of the Victorian Era. Cambridge: Cambridge UP, 1921.