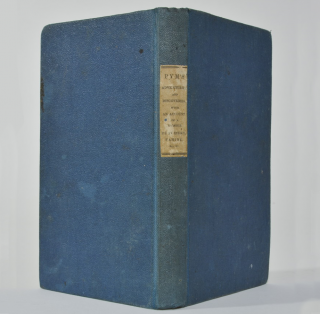 The Narrative of Arthur Gordon Pym of Nantucket was one of two** attempts by Poe to write a novel, he did it for money, and it was not well received. Critics at the time gave the novel scathing reviews, calling it too violent, sloppily told, and accusing Poe of attempting a “literary hoax” on the public. Poe conceded at the time, responding to one particularly painful review by stating that the criticism was correct and that the novel was indeed “a very silly little book.” But recently, scholars of Poe, and those interested more broadly in American letters, are giving the novel another look.  Not only because Poe wrote his most important works directly after writing The Narrative of Arthur Gordon Pym of Nantucket, but also because of the influence the text had on writers like Herman Melville, Mark Twain, Jorge Luis Borges, and Jules Verne. Although critics look at the novel more favorably now, there is one thing that’s agreed upon: the text, like Poe himself, is hard to pin down. It is, as Douglas Robinson argues, “a text solidly grounded in an ambiguity of the most radical and self-consuming kind, rendering it, in the wakeful eyes of critics hungry to interpret, a textual vacuum begging to be filled with a reading.” There are numerous studies on Gordon Pym, from the Freudian to the Marxist, that back Robinson’s point but, one hundred and seventy some-odd years later, this “silly little book”  seems neither a literary oddity among Poe’s works, nor the American cannon.

The novel tells the following story: Arthur Gordon Pym, our narrator, takes to the sea against the wishes of his family. After almost drowning in a drunken sailing mishap, an undeterred Pym sneaks aboard the Grampus with help from his friend Augustus, who sails on the ship with his father Captain Bernard. Pym is trapped in the hold for several days, as a mutiny ensues above deck. This is the beginning of a slew of misfortunes: While they are able to retake the ship, it is badly destroyed in a storm. Only Pym, Augustus and two others, Dirk Peters and Richard Parker, remain alive on a broken ship without supplies. They see a beacon of hope in a passing ship, only to realize the vessel is covered with corpses; they result to cannibalism and eat Richard Parker; Augustus dies. Eventually Dirk Peters and Pym are rescued by another ship, the Jane Guy, which heads toward the South Pole and reaches an island full of natives who, after pretending to be friendly, besiege the ship’s crew. Once more, Peters and Pym are the lone survivors. They hide out on the island until they can steal a pirogue and make a narrow escape, bringing a native named Nu-Nu with them.  They drift further south where the water becomes warmer and “of a milky consistency and hue.” A white ash falls upon them as the ocean glows white beneath them. A terrified Nu-Nu dies as the water opens up and a strange, white, enshrouded figure appears between the boat and a deep chasm. And here the tale ends, leaving us with only a “note,” and our wonder if the retelling of the story has in fact killed Arthur Gordon Pym. A strange tale in general, but was it a strange tale for Poe?

Contemporary critics looked at this novel as a departure from the rest of Poe’s work, more similar to Swift’s Gulliver’s Travels than The Raven, or A Tell-Tale Heart.  Yet Poe’s darkness, his grim obsessions, and unique sense of gothic are not by any means absent in The Narrative of Arthur Gordon Pym. His reoccurring theme of being buried alive (as in The Cask of Amontillado, The Fall of the House of Usher),for example, manifests itself when Pym is stuck in his hiding spot on the Grampus too long and dreams, “Among other miseries I was smothered to death between huge pillows, by demons of the most ghastly and ferocious aspect. Immense serpents held me in their embrace, and looked earnestly in my face with their fearfully shining eyes.” Indeed, if one is looking for gothic tropes, there are many. Reoccurring and vivid images of death and decay (the passing ship of corpses, a seagull dropping a bit of human flesh on the ship’s deck), the ghost-like figure, not to mention the sudden and “distressing” death of Mr. Pym himself. Poe famously believed in a “unity of effect” in writing, where every. single. word. of a story should lend itself to the production of one single emotion in the reader and in this novel, as in many of his other pieces, this emotion appears to be horror. The word appears numerous times, and “encompasses,” “surrounds” and “befalls” the characters. There is no question that—in spite of its strangeness—the text comes from the same mind who brought us Ligeia. However, that’s not to say Poe isn’t doing something unusual by taking to the sea in The Narrative of Arthur Gordon Pym. The text removes the gothic genre from its usual domestic scene (read: castle, dark house) and this subversion is also in keeping with Poe’s larger opus. As critic Robert Tally Jr. claims, Poe’s work always resists the gothic in the traditional sense: “Gothic novels frequently introduce the exotic only to integrate it by mapping its strangeness onto a more familiar territory… But Poe will not allow space for this comforting domestication.” Poe gives his readers no respite, no sense of normalcy; in his works there is no safe equilibrium to return to. As the narrators of so many of his stories know, their horror is to be lived with, abided forever more. The story that Pym tells us is so ghastly as to be fatal, as if the act of narrative itself embodies a kind of death. Yes, the novel is most definitely gothic, and most definitely Poe, but that’s also not to say there are not other important themes in the novel that make it quintessentially American.

Scholars like Leslie A. Fiedler point out the similarities, rather than the differences, that Poe’s novel shares with many of our most foundational texts. Fielder reminds us that in Gordon Pym, Poe is playing with the then-popular American subject of wildness and the open sea (remember, he was trying to make money) and that, in this thematic, the text lays the foundations of two of our greatest novels: Moby Dick and Huckleberry Finn. Melville will take the fictional travelogue model, the symbolism of white, and the exquisite attention to details of life on a ship, all present in Gordon Pym, and create his masterpiece. But additionally, “all the attributes of the highbrow Western are present in Gordon Pym: the rejection of the family and the world of women, the secret evasion from home, and the turning to the open sea” (Fielder). Like Huckleberry Finn, Fielder argues, the novel depicts the American dream underscored by an element of tragedy: “It is not merely that a gothic horror balances the quest for innocence in Gordon Pym: such a balance is the standard pattern of the highbrow Western. Only in Poe’s novel however, is the dark counterpoint permitted to drown out the cantus firmus of hopeful joy…” making the text perhaps more Anti-western than Western and in the end, Fiedler argues, it is this persistence of the gothic in service of hindering the American dream that will ultimately cause the public to dismiss the book. Even Twain masks the uncomfortable reality of his own slave economy within a tale of adventure, a “book for boys,” and an optimistic ending.

But The Narrative of Arthur Gordon Pym leaves us unsettled on every level, and it’s not just the abrupt death/end, or its subversion of the gothic. The novel makes us actively question its origins, genre, and authorial intention and in doing so is perhaps more prescient than anything else,  allowing us to see a uniquely American literature in its earliest manifestations. Poe, even as he dismisses the novel, shows us the beginnings of a literary tradition that for decades will have characters, “lighting out,” “setting sail,” and authors never quite comfortable with the dream:

March 21. A sullen darkness now hovered above us – but from out the milky depths of the ocean a luminous glare arose, and stole up along the bulwarks of the boat. We were nearly overwhelmed by the white ashy shower which settled upon us and upon the canoe, but melted into the water as it fell. The summit of the cataract was utterly lost in the dimness and the distance. Yet we were evidently approaching it with a hideous velocity. 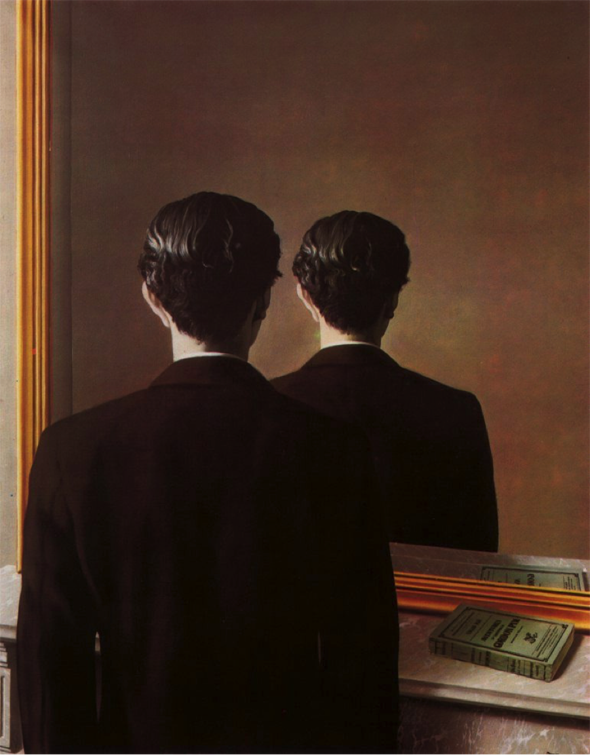 Fiedler, Leslie A. Love and Death in the American Novel. Champaign, IL: Dalkey

* The serialized novel, The Journal of Julius Rodman, was never finished.