Go back a hundred years in the history of the book, and dust jackets were treated with the same care and solicitude that consumers currently apply to candy wrappers. Existing solely for the simple utility they provided, and not considered an actual part of the books they protected, they usually ended their lives in the waste paper basket. Indeed, as late as the 1970s – when the jackets themselves were often viewed as art – it was still not unheard of to treat one’s dust jackets with disdain:  “…some people would no more think of keeping dust jackets on a book than they think of keeping the cellophane wrapping on new lampshades,” Walter Kerr reported – albeit with horror – in the Times.[1] Libraries too, those august palaces of learning and preservation, would discard dust jackets en masse, merely to save a small margin of shelf space.  One need only consult the entry on dust jacketsfrom ABC for BookCollectors:

Until some eighty years ago,therefore, it would probably be true to say that any dust-jacket that had survived had done so by accident – by the omission to discard, not by any conscious intention to preserve. Exceptions would have been provided bythose mildly eccentric people who keep everything wrapped up; but not (in England at any rate) by any statutory preservation, since not being prints or pictures they were no concern of museums, and not being part of the book they were, and are, normally jettisoned by librarians. 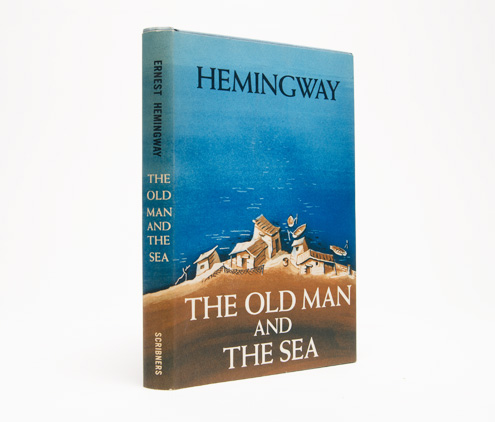 But dust jackets are important for a number of reasons. Putting aside that many dust jackets have intrinsic value as examples of art – we only need recall the famed, stunning wrappers of The Great Gatsby or of Hemingway’s Old Man and The Sea – they also serve an important role in cataloguing the history of advertising and book design. Many dust jackets also contain useful bibliographical information, giving scholars clues as to the output of certain publishing houses or authors.

Still, what is considered the earliest form of the dust jacket looked entirely disposable. Early jackets were less a covering for the boards of a book than a kind of gift paper that was wrapped over the whole volume; the reader was forced to tear them off if he ever hoped to read his book.  These kinds of jackets are thought to have originated in the early 19th century, possibly in Germany. The first English example of this kind of jacket, meant to a cover a book called “Friendship’s Offering” published in 1830, was recently discovered in the Bodleian Library.[2]

Though in the mid to late 19th century dust jackets would soon morph into the form of which we are today familiar, with flaps and openings, jackets were still used more to protect the book than to identify or advertise it. In fact, at the point when dust jackets first became popular – and for many years after they began to appear – publishers and consumers still put a great deal of thought and effort into decorating the actual bindings of the book themselves. (Walt Whitman, for example, famously designed the floral and tendril laden cover and binding of Leaves of Grass.) And thus, paper covers were needed to make sure these bindings went unblemished, at least until the jackets could be removed, and the books proudly displayed on their owner’s shelves. 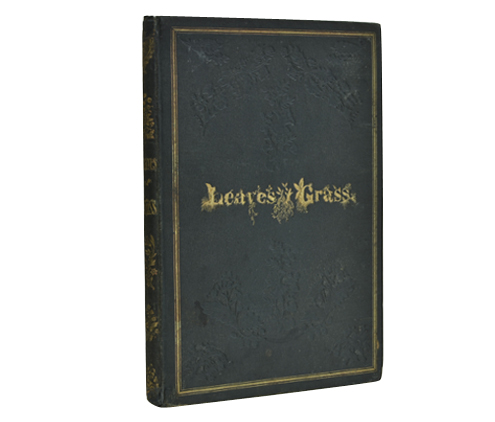 Nevertheless, by 1900 book jackets were becoming ubiquitous. Noted jacket collector Ken Leach once wrote to Thomas Tanselle, the world’s foremost authority on dust jackets: “I am beginning to suspect that probably at least 90% of all books published after 1890 were issued in dust jackets.”[3] Soon after the beginning of the 20th century, publishers began to realize the economic advantages of printing advertising and information on a book’s jacket as opposed to spending money on the binding instead. Not only was this cheaper, but as artistic tastes began to change – and as advertising began to take greater advantage of the rise of the graphic design movement - paper jackets became a more desirable showcase for aesthetic creativity. Soon, the jackets themselves were seen as a kind of art, and publishers began to pay relatively large sums to commission artists for designs. Aspects of the advertising – like, for example, the price – were switched from the front or rear of the jacket to the less intrusive flaps so that they could be easily removed while maintaining the aesthetic integrity of the wrapper. 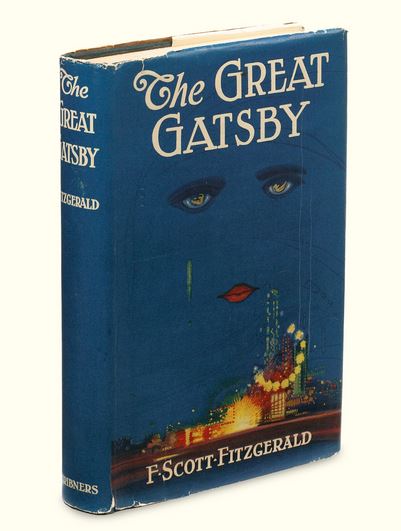 In 1949, the Victoria and Albert museum recognized the increasing importance of the dust jacket by hosting the world’s first international dust jacket exhibition.  As the notoriety of dust jackets increased, so too did their importance in the rare book trade, and it is not uncommon today to see a fine jacketed book sell for ten times as much – if not more – than its unjacketed twin. In 2014, a copy of The Great Gatsby in dust jacket brought $377,000 at auction.