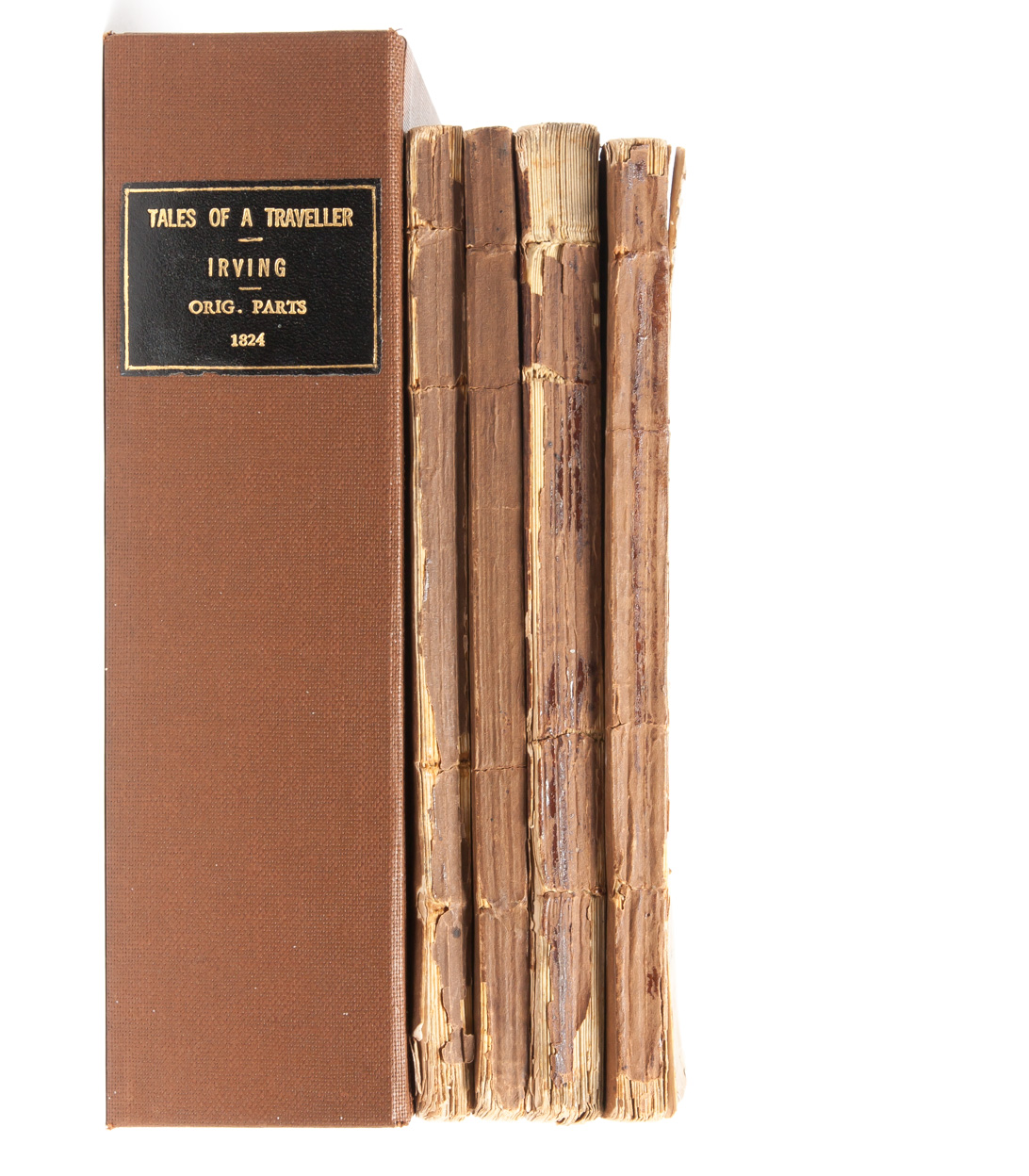 Reading fiction in these pandemic times is a reminder that the world’s strangeness and chaos rumbles on always. Over the past few weeks, Washington Irving’s works constantly come to mind, especially The Sketch-Book. The Sketch-Book, first published in installments between 1819-1820, is a collection of short-stories that exhibits a “rambling propensity” as it traverses landscapes, seascapes, and mindscapes. Strangeness and unfamiliarity saturate the tales, and in many cases, there are literal hauntings such as the famous headless horseman in The Legend of Sleepy Hollow. But there are other clever moments of unfamiliarity that stand out. For a pandemic stricken world that appears frightening due to its uncertainty, many of Irving’s short stories offer a chance to pause and reflect on the experience of confronting what appears incomprehensible and strange. 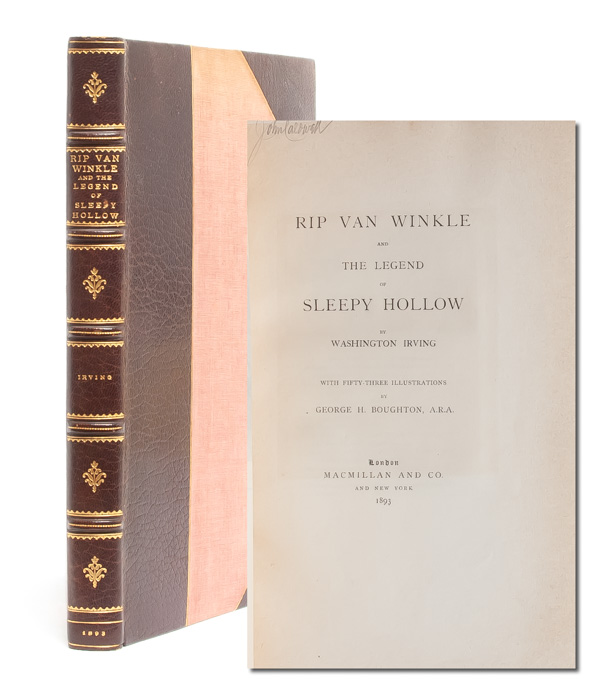 In the most famous tale from Irving’s Sketch-Book, Rip Van Winkle, the title character does something reckless and ill-advised: he accepts a drink from a group of strange men in the woods, and then falls asleep for twenty years. Upon waking, unaware of the length of his nap in the woods, Rip Van Winkle stares with confusion at the changes to the town’s architecture and buildings when he returns: his favorite gathering place, formerly a “quiet little Dutch inn of yore,” has been rechristened “The Union Hotel.” Its massive shade-providing tree has been replaced with a flag pole with “a singular assemblage of stars and stripes” fluttering on top: Rip remarks that “all this was strange and incomprehensible.” The inn’s sign used to feature a portrait of King George III, but “even this was singularly metamorphosed. The red coat was changed for one of blue and buff, a sword was held in the hand instead of a sceptre, the head was decorated with a cocked hat, and underneath was painted in large characters, GENERAL WASHINGTON.” Rip had managed to sleep through the American Revolution and the instantiation of a radical new political order. But the tale’s interest in strange and incomprehensible metamorphoses proposes that this new world might not be so radically new if it can just be understood through new names and new paint jobs and new clothing, mere re-decoration. Nevertheless, Rip confronts a world that is both familiar and frighteningly unfamiliar. It is a feeling to which we can all increasingly relate.

In The Voyage, The Sketch-Book’s pseudonymous author Geoffrey Crayon, a character that Irving invented and used throughout his early career, embarks on that cherished American voyage: that of the transatlantic crossing. Rather than fleeing continental Europe’s monarchical extravagance for freedom on American shores, as the mythology goes, Crayon leaves the U.S. for England. There are echoes of other transatlantic voyages—particularly that of human enslavement’s Middle Passage—through references to “chains” and to Liverpool’s Mersey River, a city that prospered due to wealth from enslaved labor. Strangeness saturates The Voyage as the author contemplates that disorienting effect of being at sea, “its fathomless valleys, “shapeless monsters,” and “wild phantasms that swell the tales of fisherman and sailors.” The tale recounts the many speculations and imaginative flights of fancy that Crayon embarks on during his journey across the Atlantic Ocean, bound for Liverpool. At one point the ship sails past another ship that had been wrecked and left floating; here again is an example of a daydream that takes a dark turn. The Voyage starts as a tale of ancestral pilgrimage and then transforms into a series of meditations about the sublime terror of oceanic vastness, a “deep call[ing] unto deep.” Crayon writes that “I might fill a volume with the reveries of a sea voyage, for with me it is almost a continual reverie—but it is time to get to shore.” This ancestral homecoming, finally here, is nevertheless a disorienting moment. The sketch ends with this famous line: “I stepped upon the land of my forefathers—but felt that I was a stranger in the land.” When it’s time to get to shore, what if that desired return to land and its sense of familiar stability, is merely a confirmation of unalterable strangeness? As lockdown orders are increasingly eased, again we can connect with Irving’s characters: as we get back to shore, will we feel like strangers in the land?

Reading imaginative literature is a reminder, especially when revisiting the gothic-infused tales of Washington Irving, that our assumptions about a world changing in startling and unexpected ways might be a misleading form of presentism. 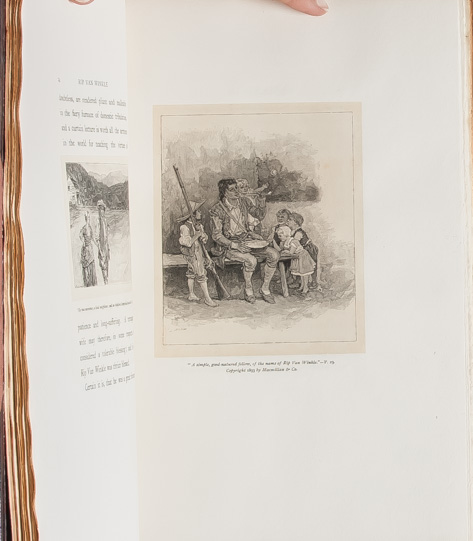 The changing world is a revenant of sorts, and it is encouraging to think about how fiction provides tools for living. We are watching a world-order that seemed at least recognizable—even in its disappointments, its tragedies, its injustices—undergo an epochal transformation. Fiction similarly presents characters who navigate a formerly familiar world that has become disorienting and unfamiliar, as does Geoffrey Crayon. Fiction’s gift is to make the familiar unfamiliar, the unfamiliar familiar. Rather than allowing us to escape the world, fiction gives us the chance to embrace the world.